Where? Supermarkets across South Manchester

Why? To raise awareness of the issue of excessive packaging. 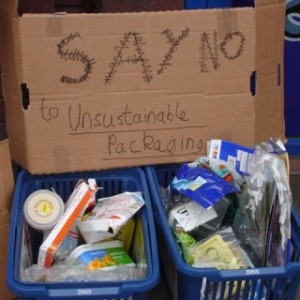 On the morning of Saturday 23rd June Manchester Friends of the Earth, campaigners set out to show the major retailers that people don’t want – or need – bulky, excessive and unsustainable packaging.

Campaigners stationed at Morrisons in Chorlton, Tesco in Didsbury and Sainsbury’s in Fallowfield invited shoppers carrying out their big weekly shops to peel unnecessary packaging from their purchases and leave it in trolleys at the exit. 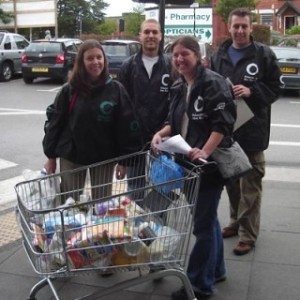 We also encouraged shoppers to sign a petition against excessive packaging and managed to collect several hundred signatures in total. 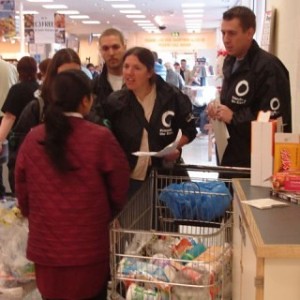 The action met with varying reactions from store managers. Whilst at Tesco, staff tried to politely ignore the presence of campaigners in the car park, at Morrisons and Sainsbury’s managers were more confrontational, asking us to leave on the grounds that we were disturbing their customers. We left peacefully, but not without presenting the manager of each store with a signed petition and trolley full of wasteful packaging to dispose of.