This has been a bit of a crazy week. In the last few days Nokia, Sony, Blackberry, Motorola and LG have all publicly accepted that their phones are likely to contain forest-trashing tin from Bangka Island. And I think I know why they’ve all decided to come clean. 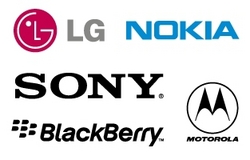 Last week we wrote to these big beasts of the mobile phone world to let them know that we were turning our attention to them. We told them that over 25,000 people have been in touch with Apple and Samsung – and that they could expect to hear from lots of you soon.

We had a new online action ready and I was all set to send it to you.

But then things got very busy. Replies from the companies appeared in our Director’s inbox almost instantly. They wanted to meet with us as soon as possible.

One thing was very clear. Everything you’ve already done to heap pressure on Apple and Samsung has got through to them too. Their admissions were down to you, and they wanted to get in quick before I hit send on that email.

This is another great win for you and an important step to solving the problems on Bangka Island.

Samsung, Nokia, Sony, Blackberry, Motorola, LG – and Apple – have now all pledged to help the people and environment of Bangka. But Apple alone is failing to be straight with you and its customers. It’s still refusing to admit that Bangka’s tin ends up in its phones.

Apple’s stubbornness aside, this is another day for us all to celebrate our achievements.

More information on the Make it Better campaign.