Today MPs have a second short window to scrutinise the Gagging Bill as it makes its breakneck passage through Parliament. There’s a perception being fostered by some MPs and journalists that it’s all ok for charities now – the Government has done a u-turn. This is not true. 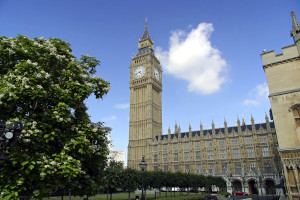 On Friday Leader of the Commons Andrew Lansley announced that he would amend the Bill’s definition of controlled spending: from expenditure which has the incidental “effect” of influencing electoral outcomes, to spending that is deliberately “intended” to change electoral outcomes. This is a welcome concession, but media reports that it represents a complete u-turn are extremely wide of the mark.

Charities and campaigning groups across the voluntary sector – from the Royal British Legion to Oxfam – remain steadfastly opposed to the Lobbying Bill in its current form, which will place huge and unjust constraints on our legitimate activities.

Despite Mr Lansley’s concession, charities are still liable to be regulated if they take up policy positions where parties or candidates also express a view. And as the Cabinet Office firmly stated on Friday, “It is important to reiterate that the Bill will still bring down the national spending limit for third parties, introduce constituency spending limits and extend the definition of controlled expenditure to cover more than just election material, to include rallies, transport and press conferences.” Crucially this includes staff costs, which makes the new spending cap very easy to breach.

It is precisely these new limits that charities like Friends of the Earth remain opposed to. As we’ve stated from the outset, these new limits would effectively shut down much of our legitimate activities for the full year before the next election. We would be regulated for taking a policy position on environmental issues and have such spending clamped down on. Mr Lansley’s small concession does not change this.

Nor, unfortunately, do the many amendments to the Bill tabled by MPs in recent days, some of which will be debated today in Parliament. Many of these amendments are welcome in highlighting the Bill’s deep flaws, but in themselves stop short of amending the damage.

We believe the best course of action is for the Government to retract Part 2 of the Bill and consult properly with charities – as the Political and Constitutional Reform Select Committee recommends.

Yesterday’s FT editorial made the point well: “The retreat is welcome. But it fails to resolve other flaws in a hastily drafted bill which, as it stands, should be rejected.”

We’re urging MPs in today’s debate to speak out against the Bill, push for the rejection of Part 2 in its entirety, and press the Government to consult properly with civil society. Meanwhile, the Government needs to get serious about actually tackling corporate lobbying by legislating for a proper register of lobbyists, which the present Bill fails to do.

Huge thanks to everyone who has contacted their MP to raise concerns about the Gagging Bill. If you’re planning on meeting your MP in the coming days, please continue to press on them how damaging this Bill is. The fight continues: we’re far from done yet.

Blog by Guy Shrubsole, Friends of the Earth.