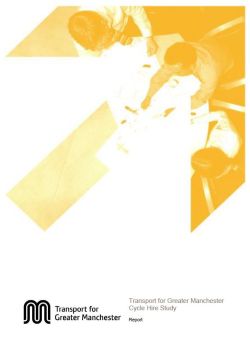 The Cycle Hire Study report is not yet available on the TfGM website but can be downloaded from the Love Your Bike Dropbox site. The 100+ page report summarises the following:

In response to the question – Which areas of Greater Manchester would initially be covered by a PBS? the report conculdes:

“The area of the city that is most likely to meet/match the criteria above is the regional centre,
including the outlying areas of Salford Quays, the Oxford Road corridor and Hulme. It is
recommended that these areas are considered in more detail in Stage 2 in order to provide a more
definitive boundary. These areas have been selected because they include:

The report recommends that the following work should be undertaken:

No indication yet, how Transport for Greater Manchester or Manchester City Council will respond to the report’s findings…..  watch this space.