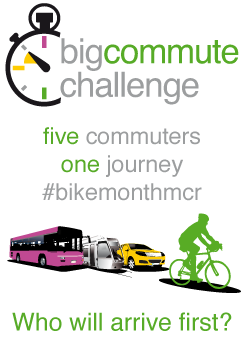 As part of Bike Month MCR, Love Your Bike organised the Big Commute Challenge. At 8am Friday 20th June, five commuters set off from Crumpsall to see who would reach Albert Square first.

Council Leader Sir Richard Leese came in first, completing the journey in 14 mins on his bike, with Pavol Gajdos following closely behind on his cargo bike. Charlotte Cox, of the Manchester Evening News, traveling by Metrolink, came in at 37 minutes and Helen Rimmer followed closely behind at 38 minutes on the bus. Rob Raikes drove the route, parked up and walked to the square, a journey totaling 43 minutes.

The bicycles also had the lowest cost for the commute – estimated at 30p, the bus commuter would pay 1.30 (using a weekly Megarider ticket), the tram ticket would cost between £1.20 (annual season ticket) up to £1.90 (£3.80 peak return). The cost of fuel for the car journey was quite low but it would cost around £3.00 for a days parking and a far walk which added to the overall journey time.

To find about more about cycling in Manchester, and the events taking part in Bike Month MCR 2014 see the BikeMonthMCR site. 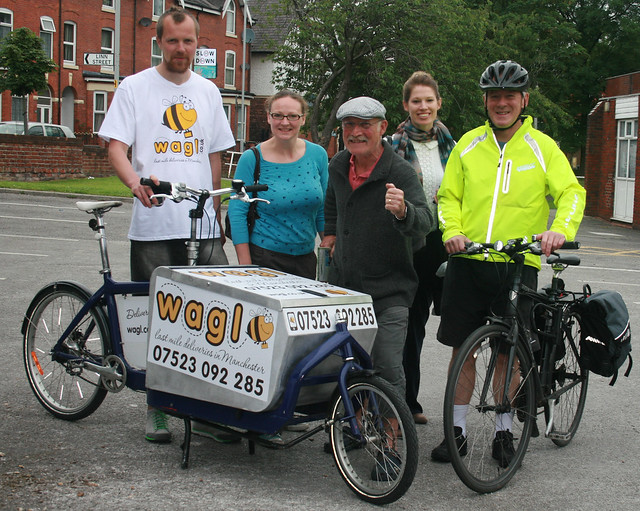 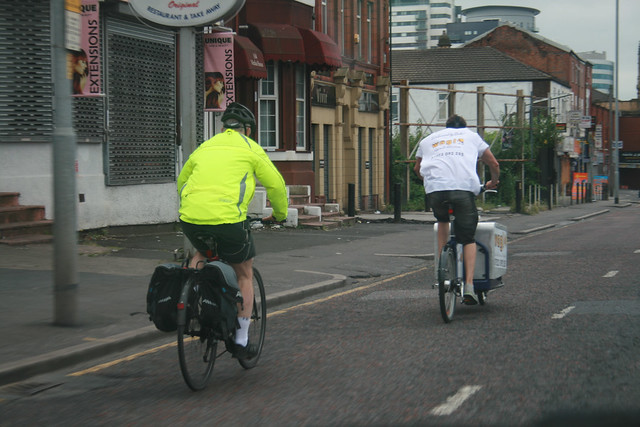 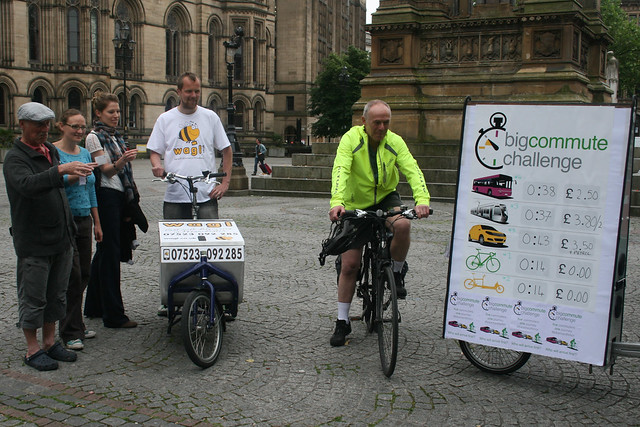