What has the EU done for UK air quality?

EU action on pollution has led to big improvements in the quality of our air. However, much more needs to be done.

Every year, filthy and invisible air pollution leads to tens of thousands of premature deaths in the UK. 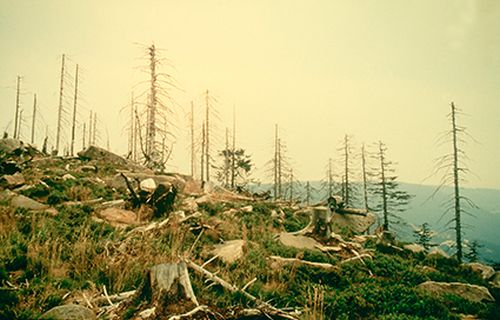 In the 1970s the UK was known as the Dirty Man of Europe.

Pollution from the UK’s coal-fired power stations was causing acid rain. Forests across Europe withered. EU action thankfully put an end to this.

Is air pollution still a problem?

Yes, air pollution is still a massive problem – especially in our traffic-congested cities.

The most-worrying pollutants are nitrogen dioxide (NO2) and tiny particles that can go deep into your lungs called PM2.5.

Diesel cars produce a lot of NO2. You can’t see it but it’s linked to thousands of deaths each year.

Despite this, the UK has broken EU safety limits for NO2 for years. And the EU has had enough – it has begun legal action against the UK. 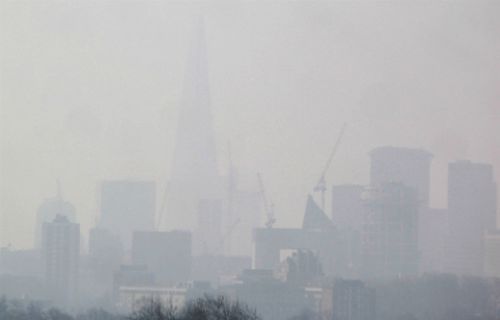 Can you see The Shard? by David Holt

Environmental law firm Client Earth has taken the government through the UK courts. This resulted in the Supreme Court ruling that the government must take “immediate action” to meet EU limits in the shortest time possible. But the UK’s response has been inadequate, so Client Earth is considering taking the government back to court.

Friends of the Earth is urging the UK Government to launch a scrappage scheme to encourage motorists to get rid of diesel vehicles, remove the current road tax incentive for diesel over petrol, and offer better incentives for vehicles which are both low air-polluting and low carbon.

Would leaving the EU hinder or help efforts to improve our air quality?

Air pollution does not require a passport to cross over from France to the UK. Sometimes the pollution of others affects us. Sometimes our pollution affects them. 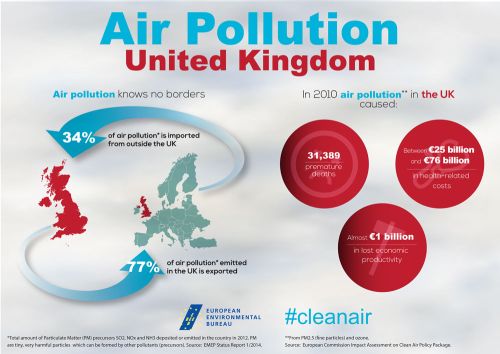 This is not a problem the UK can solve on its own.

Dealing with air pollution at an EU level ensures an equal playing field – where no country can undercut the other by allowing its companies to pollute more. This removes the temptation to start a regulatory race to the bottom.

Friends of the Earth’s stance on the EU (PDF).

Are you concerned about air pollution where you live?

We want to know what people think of air pollution and what should be done about it.