Love Your Bike is 10

Thanks to everyone who helped us celebrate our anniversary on Friday 18th March. It’s 10 years since the launch of the ‘Fast Lane Fat Lane‘ adverting campaign that kicked off Love Your Bike, an occasion to reflect on what we’ve done so far and think about what we want the next decade to bring.

We marked the event with a reception at Creative Concern, who worked with us to develop the original advert, followed by drinks and food at Kosmonaut bar. Steve Connor, Executive Director of Creative Concern and Manchester City Councillor Kate Chappell, Executive Member for the Environment, spoke at the event. Graeme Sherriff and Catherine Thomson from Love Your Bike talked through the idea behind Love Your Bike and drew on examples of campaigns over the last ten years, including Bike Friday, Bike Fabulous and Getting Moving, the cycling manifesto.

Afterwards we had a spectacular bike cake courtesy of Phil Hardy, and enjoyed some drinks, food and further discussion.

Throughout the event we gave people the opportunity to share their vision for the coming decade through our photo booth, with the theme ‘We shouldn’t have to wait another ten years for a cycling city. 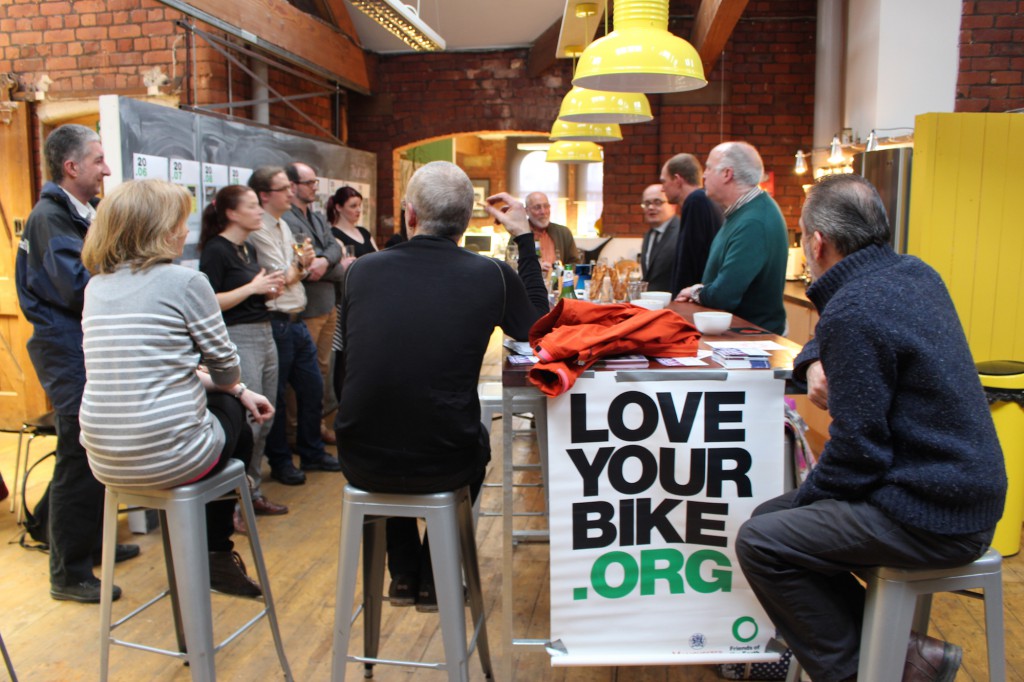 Discussing the future of cycling at Creative Concern 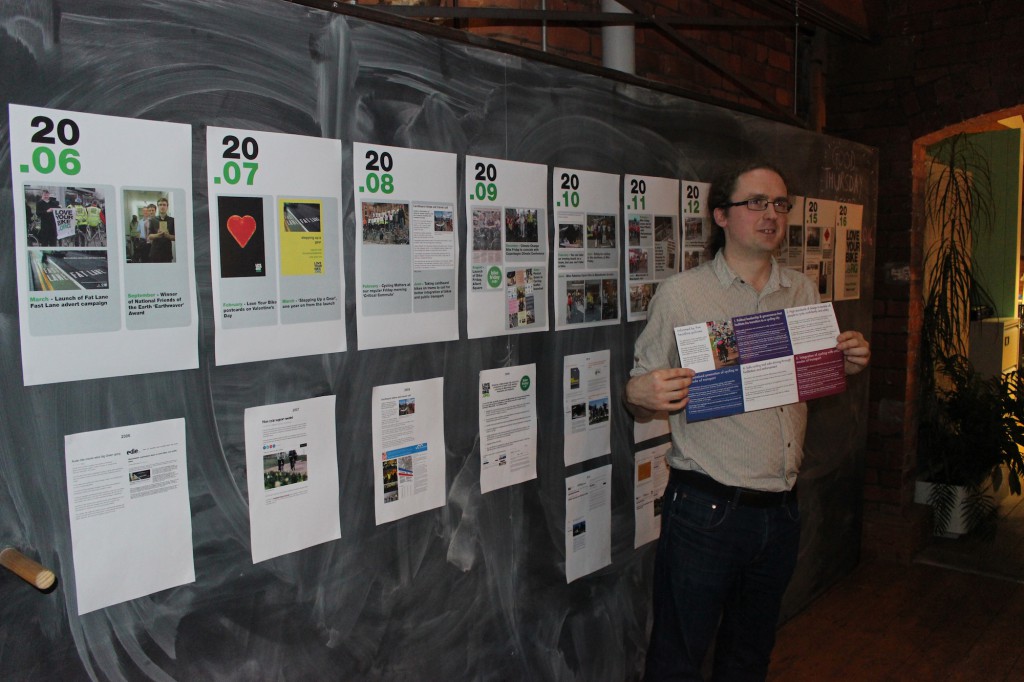 Graeme presents on the cycling manifesto 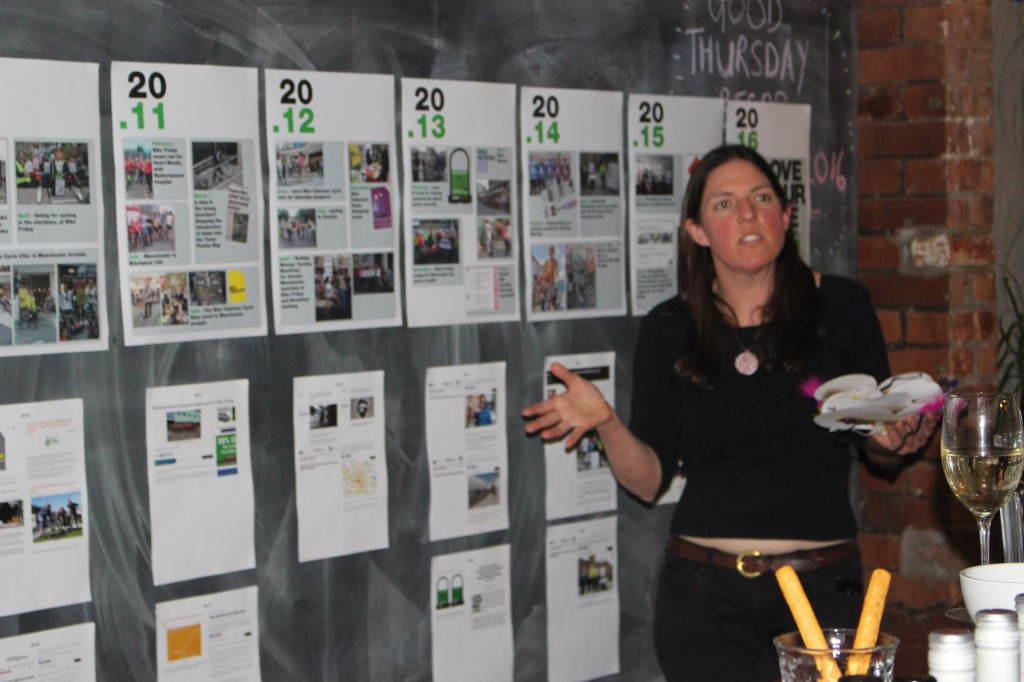 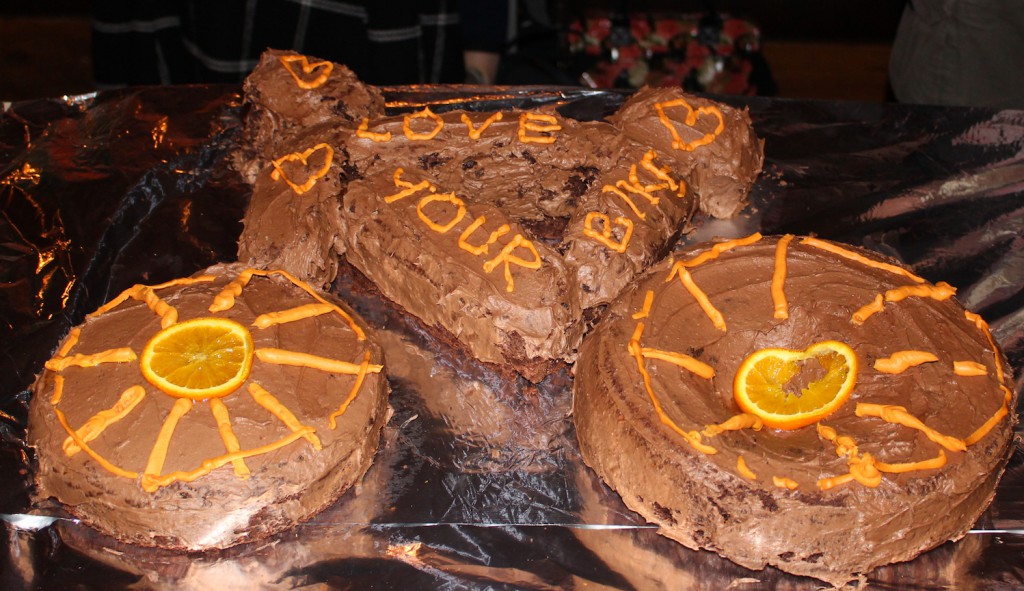 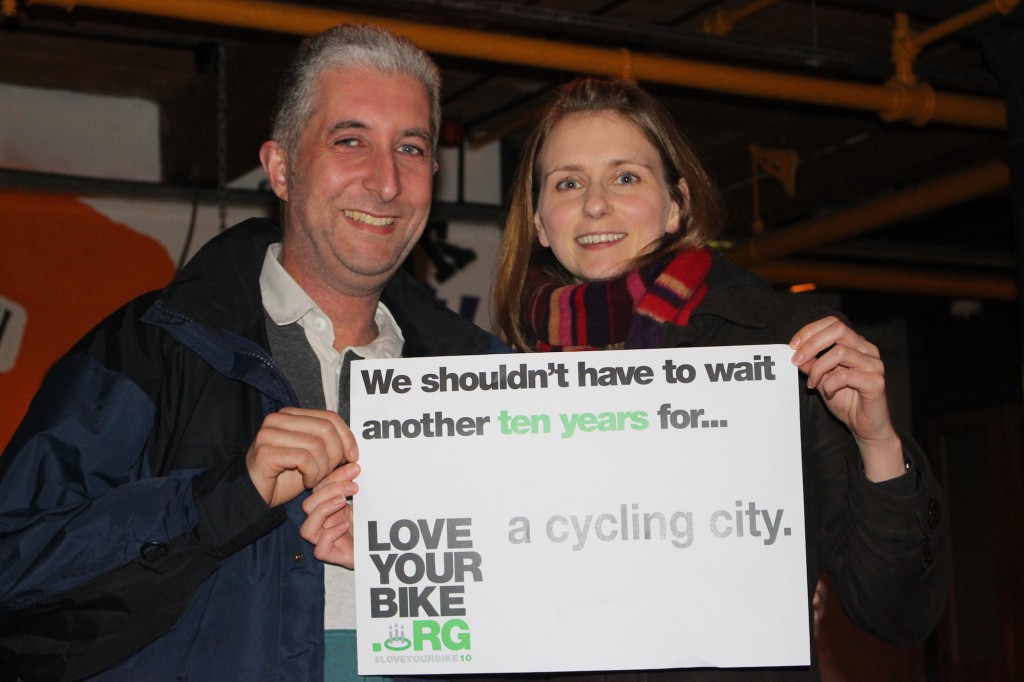 We shouldn’t have to wait another ten years…