What has the EU done to reduce UK waste?

The short answer: We now recycle nearly half of our household waste because of EU legislation.

Back in the early 1990s we hardly recycled any of our rubbish. Almost all of it just went to landfill.

Landfill sites significantly pollute the quality of our water and air. Rotting waste in landfill sites emits methane – a major cause of climate change.

Recycling is simply better for the environment.

What has the EU done to increase recycling?

EU measures have totally changed what we do with our rubbish. The most important have been:

All of this has led to a cultural shift in favour of recycling. It’s just the normal thing to do with rubbish nowadays.

The improvement in the UK has been dramatic. We’re not far off hitting an EU target of recycling half our household waste by 2020.

What more needs to be done?

We’ve made great progress in the past 20 years. But there’s lots more we could do. We need to make sure that no waste goes to landfill. And we should be recycling everything we can.

Products and packaging need to be designed so that they can be reused or recycled. 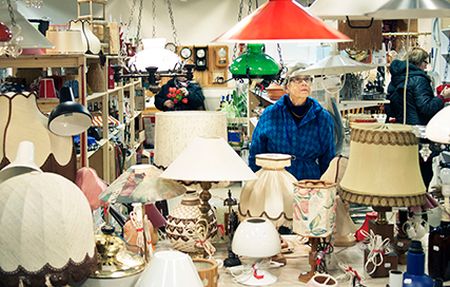 We need to fix our disposable culture and re-use. Image: second-hand lamp shop

Food waste is still a major problem in the UK.

Consumers waste around 7 million tonnes of food each year. It amounts to over £700 per household. This includes 570,000 tonnes of fresh meat, nearly half of which is still fit for consumption. That’s the equivalent of about 50 million chickens, 1.5 million pigs and 100,000 beef cattle.

Would leaving the EU hinder or help?

If we left the EU, the first thing we’d miss out on would be the Circular Economy Package.

The Circular Economy package will have stricter recycling targets… and much more. It will incentivise:

We’re likely to be left behind if we leave the EU. Left to watch the rest of Europe push ahead with innovative measures to reduce their waste mountains.

We need to design stuff to last longer. Image: defunct household appliances in a scrap yard

Our stance on the EU