Prime Minister Theresa May had the opportunity to kill Hinkley. Instead she’s gambling with taxpayers money. The Hinkley Point C politics has a lot in common with a high-stakes poker game. 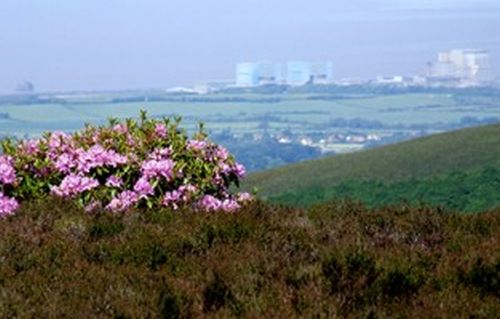 Hinkley is a terrible project. Even ignoring the radioactive waste which will need looking after for thousands of years, the economics is awful.

Hinkley should be killed. But who by?

Despite the colossal cost of Hinkley to the public, and the array of experts against Hinkley, it’s hard for Theresa May to kill it.

Why is Hinkley happening?

Post-Brexit, the Prime Minister wants Britain to be seen to be open for business.

She wants to keep the Chinese on-side. And she must be worried about multi-billion pound law suits. Far better for her if the French killed it.

So here’s the poker dilemma. Kill it now, and there are costs, political and possibly financial. Give it the go ahead, which Mrs May has done today, and you’re effectively raising the stakes with a lot in the pot already.

It’s now over to the French – will they fold their hand? That would be ideal for Britain, and Mrs May: we don’t get the blame, and we get out of having to pay colossal amounts of cash for the wrong project.

But what if the French don’t fold, and go ahead?

If Hinkley is built the UK will lose, and on a far, far bigger scale than if Mrs May had decided to cut Britain’s losses today.

My money is that Hinkley will never go ahead. It gets worse every year. But the longer that decision takes, the bigger the costs, and the bigger drag there will be on the better, cheaper, faster alternatives to take its place.

Cancel Hinkley Point now and there are political costs

Mrs May had both the opportunity and the justification to kill Hinkley, and she did not take it. That’s a big gamble. Unfortunately she’s playing with our money, not her own. And that’s not a good situation in any poker game.

Did you enjoy this article? Then get our email updates