A summary of the consultation responses is available on the GM Combined Authority website. More/better cycle provision was the most commonly raised issue by both the public and stakeholders. 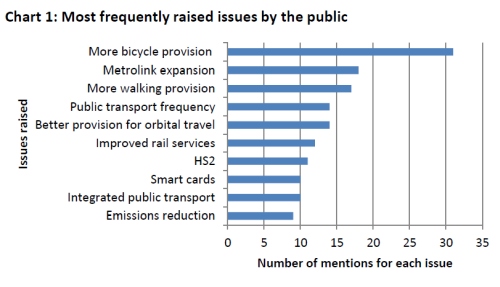