This report examines the difference between the official laboratory test results and real-world CO2 emissions and fuel economy of cars. It shows the current system has totally failed and explains how to fix the problems. The difference between official laboratory test results and real-world car performance is growing uncontrollably jumping from 9% in 2001 to 28% in 2012 and 42% in 2015. It is expected to reach 50% before 2020. 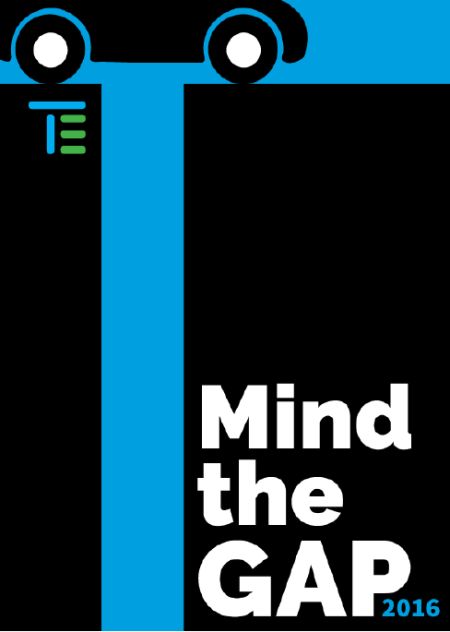 New cars have not become more efficient, as carmakers claim; on the road, progress in reducing emissions having stalled for four years. Carmakers, not drivers, are the cause of the problem by exploiting testing loopholes and possibly in some cases through the illegal use of defeat devices. In 2002, exploiting test flexibilities accounted for just five percentage points difference between test results and real-world performance. This grew to 15 points in 2010; and 24 points in 2014. 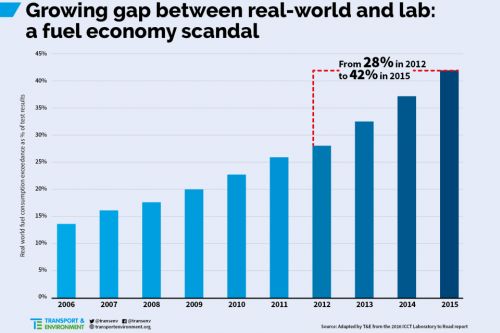 Technology that reduces emissions more in the test than on the road contributes an additional three percentage points to the gap; the failure to switch on auxiliary equipment during tests adds around eight points. Exploiting test flexibilities is therefore the dominant cause of the growing gap. In addition, new evidence emerging from the Dieselgate scandal shows some cars detect laboratory fuel economy and CO2 tests and illegally put the car into a low emission mode thereby cheating the test.

Mercedes once again tops the list of Europe’s car fuel economy cheats, T&E’s 2016 Mind the Gap report reveals. The Mercedes A and E class are the worst offenders consuming on average 56% more fuel on the road than claimed in the sales brochure. 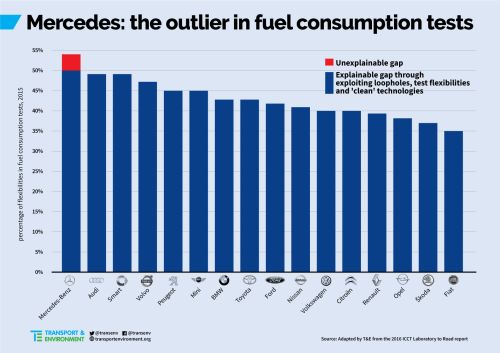