Fracking firm Cuadrilla has started work on their site at Preston New Road in Lancashire, despite opposition from local residents and their elected representatives.

If they succeed in fracking it would be the first time fracking has taken place in the UK for over five years (since earth tremors put a halt to exploratory drilling in Preese Hall near Blackpool in 2011).

There have also been protests at Sherwood Forest after a Friends of the Earth investigation revealed that INEOS would like to explore for shale gas in the forest, and a protection camp established at Kirby Misperton, North Yorkshire, where Barclays owned fracking company Third Energy has permission to frack. On Wednesday, Councillors in North Lincolnshire rejected drilling plans at Wressle reportedly saying they “had no confidence in the Environment Agency to monitor and regulate the site.”

But even if you follow the fracking debate closely you might have missed all these crucial developments amid the white noise around Cuadrilla’s complaint to the Advertising Standards Authority (ASA) against us.

So, let’s clarify the facts

With all the media outrage and inaccurate reporting, I wanted to explain our side of the story. 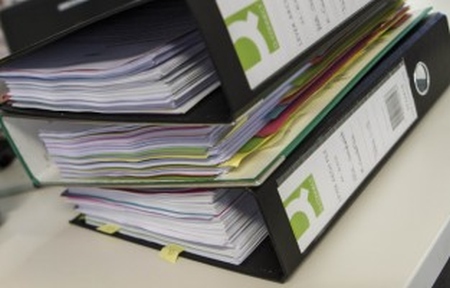 © Evidence we sent to the ASA

For clarity, the ASA closed the case informally without making any ruling on our claims or their accuracy. Yep –that’s right; it is those newspapers that claimed the ASA concluded we got our facts wrong that have – guess what? – got their facts wrong. This is in contrast to the formal ruling that the ASA made on the inaccuracy of misleading claims by Cuadrilla in 2013, where the ASA ruled that that Cuadrilla’s claim it “uses proven, safe technologies to explore for and recovered natural gas” was misleading, exaggerated and unsubstantiated.

In our case, Friends of the Earth agreed not to reuse an old leaflet, or repeat some specific wording, because the case was taking time away from vital campaigning – we are, after all, talking about an out-of-date leaflet from two years ago which we weren’t using anyway.

But, one thing is certain, we continue to stand by our facts. Indeed, the scientific evidence against fracking is stronger than ever.

The complaint against us covered four areas – the risks of fracking to water, asthma and house prices, and the chemicals used in fracking.

There is a large amount of evidence outlining these risks – and others – here are the headlines:

In 2015 the government were forced to publish a DEFRA draft report through a Freedom of Information (FOI) request that found that “there could potentially be a range of 0 to 7% reductions in property values within 1 mile of an extraction site”.

I think that this evidence is pretty worrying, and so do many governments who have banned or put on hold fracking because of these risks including France, Bulgaria, Scotland, Wales, Netherlands. Also in New York State and there is a proposed ban in the state of Victoria in Australia. But on top of all this, we know that if we’re to deal with climate change, fossil fuels must stay in the ground. Fracking just isn’t compatible with that.

So, why the debate?

You might be wondering, if all this evidence exists, why has there even been a debate?

Well, many in the industry like to argue that we don’t have to worry about these well-documented risks  because, they say, regulation in the UK is so good it will stop these risks from being realised – an argument also made by the ASA. Importantly, the debate is not whether scientific evidence for these risks exists – it is available in academic journals– but whether the UK will somehow magically escape the worst of them.

Would UK regulation remove all the risks associated with fracking? I don’t think so. Professor Andrew Watterson and Dr William Dinan of Stirling University, have conducted a comprehensive and independent academic review of UK fracking regulation and concluded:

“The evidence from peer-reviewed papers suggests fracking in the UK will not be effectively regulated”.

But I’m sure you’ll agree, that even if there was a debate to be had here, an Advertising self- regulator, might not be best placed to address it?

In the end you have to consider who you believe? The scientists and the peer-reviewed studies documenting the impact of fracking in countries where it has taken place, or an industry that seem keen on talking about anything but the facts.

We won’t be distracted from the real issues or silenced from telling people the truth. Our environment needs protecting; it’s why we believe we should heed expert warnings and why we won’t apologise for rejecting this risky industry.

[1] Hazardous substances” are defined in Article 2(29) of the EU Water Framework Directive (2000/60) as substances which are “toxic, persistent and liable to bio-accumulate”. It follows that, as a matter of law, a substance which is merely toxic will not necessarily be hazardous to groundwater (as it must also be persistent and liable to bio-accumulate). See the Water Framework Directive here