Breaking: Wyevale helps the bee – but Homebase are still sitting on the fence

You did it! Wyevale have responded to public pressure – they’ve committed to taking bee-harming pesticides out of their flowering plants.

This wouldn’t have happened without the thousands of messages they received from people like you. What’s more, eight of the top ten garden centres have also listened to our concerns and made the same commitment.

But Homebase are still sitting on the fence despite thousands of emails, phone calls and tweets from you. 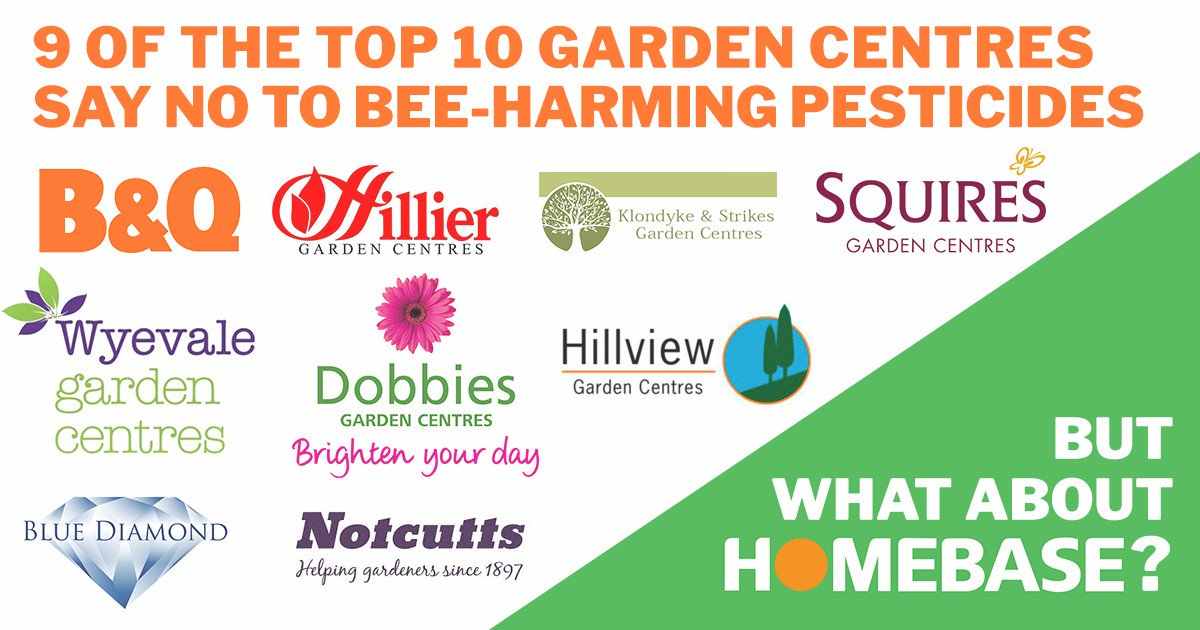 We need them to know that we’re not going to give up and that we can’t be ignored. Can you use the share buttons below to expose Homebase?

Over three quarters of the public support the call for garden plants to be free from bee-harming pesticides.

And if big names like B&Q and Wyevale can commit, then there’s no reason that Homebase can’t do the same.

Everything is stacking up against them – we just need to keep up the pressure.

Thank you for everything you’ve done so far, we couldn’t have done this without you.