Getting the North on Track: our Message to Conservative Conference

On the morning of Monday 2nd October, “Thomas the Tank engine” and a pre-pay meter, helped transport campaigners ask Conservative Party conference delegates to put some money in the electricity meter to help fund the rail electrification programme that the Government has suggested will be cancelled or postponed. 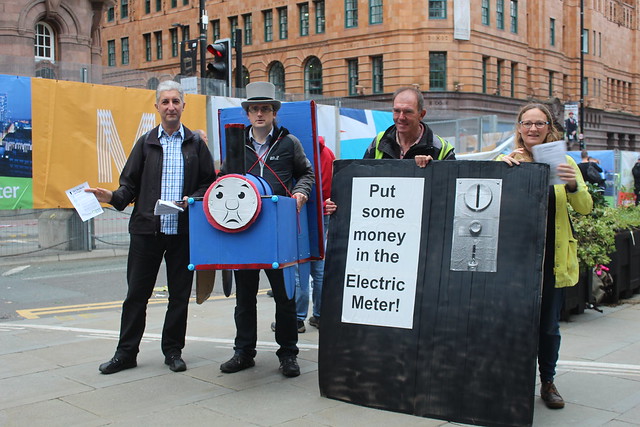 The campaigners were urging Conservative MPs and conference delegates to put pressure on Government Ministers to deliver equitable funding for rail transport in the North as well as honouring pledges to fund electrification of regional rail networks and the expansion of platforms and tracks to remove the bottleneck between Manchester Piccadilly and Oxford Road stations. The improvements are essential in reducing air pollution, tackling climate change, and reducing overcrowding.

This is what we want to see

Support these asks by signing the petition from 10:10. 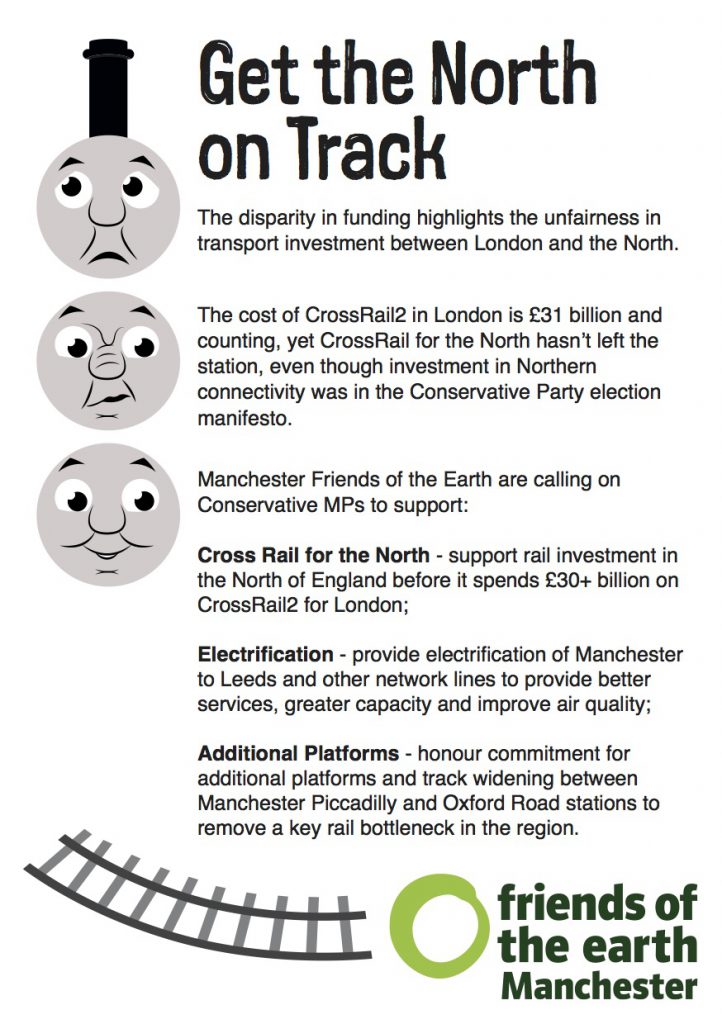 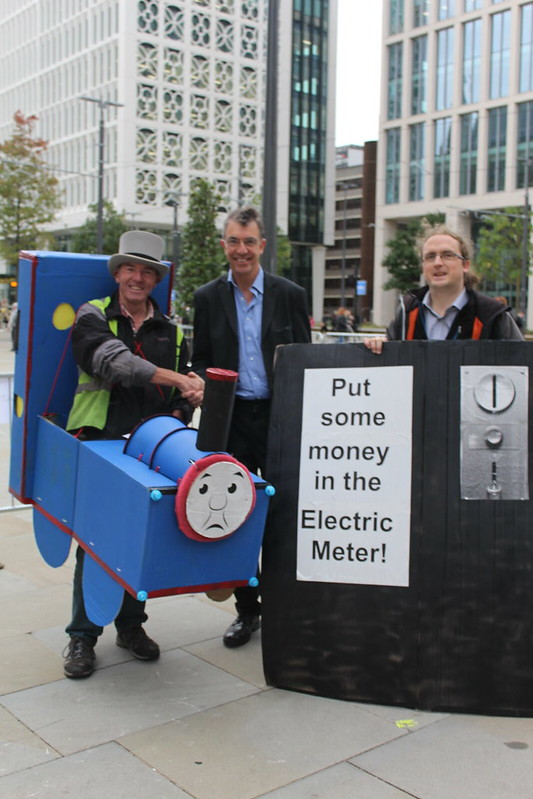 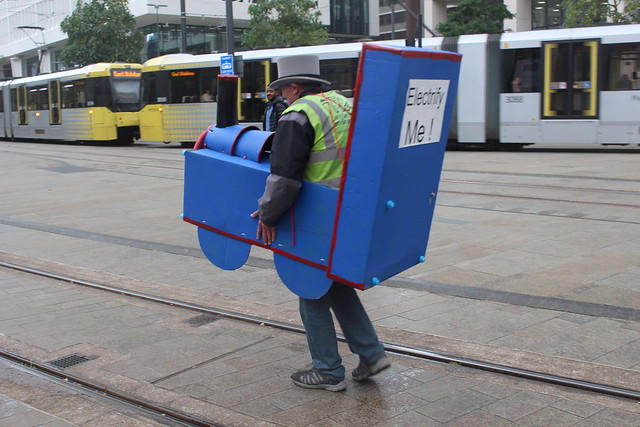