Reasons for hope in the fight against global warming

All the good news about fighting climate change in one place. Despite a year of Donald Trump, there are solid grounds for optimism as global investment in clean energy soars.

We’re 1 year on from Donald Trump’s inauguration. What a year. When he’s not boasting about the size of his nuclear button, passing tax cuts for billionaires or calling African countries shitholes, he’s found the time to take lumbering swings against action on the greatest threat humanity faces – climate change.

The president has said he will pull the US out of the global Paris Climate Change Agreement. He’s filleted his Environmental Protection Agency, and censored use of the words “climate change”. He’s trying to kick-start oil and gas exploration off the US coast. And he’s rolled back environmental laws protecting people’s health from pollution and oil and gas drilling.

Coupled with this, 2017 was one of the worst years ever for climate disasters. The world’s climate is getting wilder , hitting people and nature hard. The headline-grabbers were the huge storms striking the US and the Caribbean, but there were even worse calamities in poorer parts of the world – floods in South Asia which killed 1,200 people, drought in East Africa. Millions of people have been displaced from their homes with little prospect of return. There was stunning, record loss of ice  in the Arctic, and record bleaching  of the Great Barrier Reef.

Faced with all these extremes, Mr Trump’s actions are all the more outrageous.

But he’s just one man, even if a very powerful one. And behind the gloom there are rays of sunshine breaking through: from the actions of millions of people in every country, from businesses, cities, nations and community groups.

Here are 11 reasons for hope that we can tackle climate change. There will be more every month. And every month, more steps forward than back. Believe it. Take action. You could start by sharing your own #reasonsforhope about climate on your social networks.

Global investment in new renewable power  is double that for fossil fuel power. In 2017 clean energy investment grew to US$334bn. On Sunday afternoon 30 April 2017, 85% of Germany’s electricity came from renewables. In February 2017, wind supplied 160% of Scottish households’ electricity needs. India added twice as much renewable energy as coal in 2016-2017.

The cost of solar power is now cheaper than coal in this country.

Minister of State for Power, India

The costs of solar and wind power keep plummeting. Globally, costs of solar power are projected to fall a further 50% by 2020.  The technology is better, deployment at scale is bringing stellar cost reductions, and the link to new digital and smart technologies is giving further cost drops. The future for renewables is as bright as coal’s is bleak. 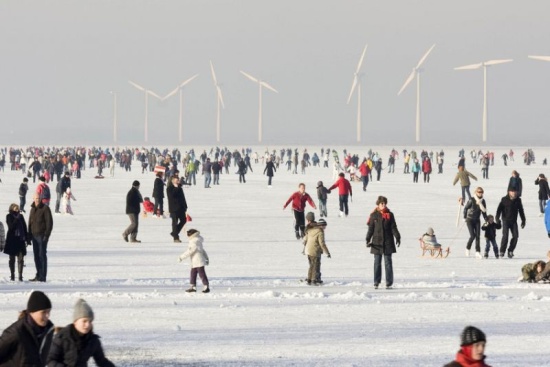 Mr Trump wants to subsidise US coal back to health, but he’s not finding it easy. Globally, coal is in even worse trouble.

China has put 300GW of coal projects on hold – a colossal number, equivalent to 70 Drax power stations. The UK had its first day free of coal power in 100 years in April 2017. Over that month coal was just 2% of the UK electricity mix. UK coal consumption is down  85% in just 5 years.

The UK/Canada Powering Past Coal Alliance had over 50 country, city, state and business signatories in the first month since its launch.

When Mr Trump said he would pull the US out of the Paris Climate Agreement, it could have been the start of other countries withdrawing too. But this didn’t happen. Immediately the EU and China held a summit and said they see the agreement as “the irreversible growth engine of our economies”.

67 North American cities have signed the so-called Chicago Charter, saying that Mr Trump was wrong, and committing to greater climate action. In January 2018 President Macron of France praised Chinese efforts, and called for more action on climate to “Make our planet great again”. Now that Syria has signed, the US is the only country on the planet opposed to the Paris Agreement. 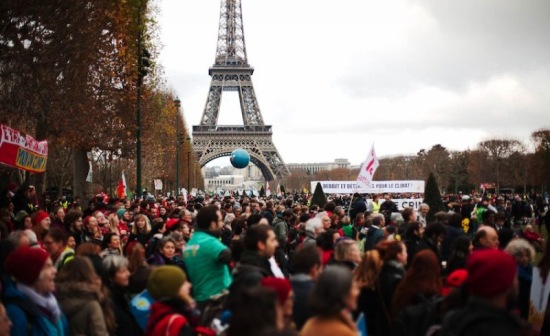 All countries have signed up to the Paris Climate Agreement – except the US
Credit: Luka Tomac/Friends of the Earth International

4. Fossil fuel cars are on their way out (peak oil soon?)

If the past 5 years have seen an explosion in the growth of renewables, the next 5 will see the same for electric vehicles. Electric vehicles are already cheaper than petrol and diesel cars for people who rack up the miles, like taxi-drivers, and their costs continue to plummet.

India wants all its new cars to be electric by 2030. Norway is already at 50%. The entire 16,000+ bus fleet of Shenzhen in China has gone electric. Ford has just announced an $11bn investment to bring 40 electric and plug-in hybrid models to market by 2020.

Electric vehicles could make up a third of the road transport market by 2035, according to Imperial College. There are huge jobs and opportunities for the UK in all this. Already, we have a new £300m electric taxi factory in Coventry.

If electric vehicle growth continues to accelerate we might see peak oil not because the oil will run out, but because demand for it will fall.

5. Money talks (and walks away from dirty energy)

Back in 2015 the Governor of the Bank of England warned that investments in coal, oil and gas companies are increasingly risky in a world taking action on climate change. Ever since, the financial sector has steadily turned away from fossil fuels, pressured by a strong global divestment movement.

2017 saw some huge moves. The US$1 trillion Norwegian Sovereign Wealth Fund announced its intention to sell its fossil fuel investments. AXA announced it would no longer insure coal projects. In total investors with assets worth over US$6 trillion have made divestment commitments.

In possibly the highest-profile move yet – New York’s mayor said in January 2018 that the city would divest its US$190bn pension fund from fossil fuels, and that the city was suing 5 major oil corporations for negligence over climate change.

Divestment will keep growing, as will the pressure from the financial community to act on climate change. They know the risks to their business are too great not to demand ever-increasing action.

6. Developing countries are leading the way on clean energy

There is rapid growth in solar power linked to batteries and storage. This means developing countries can go straight to clean electricity without going through the massively polluting coal and gas era that Europe and the USA went through.

2017 was full of stories of huge new clean-energy projects in Africa, South America and Asia. A new solar plant in Mali will generate 10% of the country’s electricity. In Rwanda, the government introduced an initiative to get 40% of households using off-grid solar. Ecuador agreed to build a US$60m electric bus factory. And the Philippines approved a 150MW solar project.

The cheeriest story was from Syria: power-cuts plus diesel shortages had meant that a hospital’s old back-up generator was unreliable. But now a new solar-plus-battery generator gives the hospital reliable electricity – guaranteeing uninterrupted power for critical services like intensive care. The local surgeon said: “I am overjoyed that the project is running at full capacity and saving lives.”

Climate change is just one symptom of the way our high-consumption economies damage the natural systems we rely on. Increasingly people are making the connections between symptoms – and acting on them.

David Attenborough’s Blue Planet 2 TV series revealed the heart-breaking impacts of plastics on turtles and seabirds. As a result people are taking and demanding action to reduce our use of plastics, and governments and business such as retailer Iceland  are responding. Good for the oceans, turtles and climate.

Similarly, recent years have seen an upsurge in concern around meat and dairy consumption. A UK survey in May last year found that 28% of people had reduced or limited the amount of meat  they’d eaten in the previous 6 months. People are joining the dots between the things they care about – their health, climate change and animal welfare – and realising that eating less meat is a win-win-win. 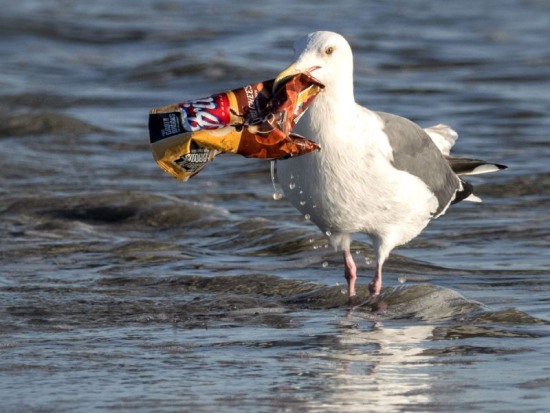 In the past decade the UK economy has been relatively stagnant. Uncertainty around the economic effects of Brexit makes the outlook for the 2020s gloomy. But clean technology is a beacon of hope for the UK. Low carbon businesses and supply chains already employ more than 400,000 people.

But, after lots of progress, 2017 was a bad year: clean energy investment dropped by a stunning 56% after a series of government policy attacks on renewables.

The government’s Clean Growth Strategy published in late 2017 hopefully signals a shift back towards supporting this sector. It is clear there are huge opportunities for the UK. The government projects that thelow-carbon economy can grow  at 11% a year in the 2020s. That’s 4 times the rate of the economy as a whole. But this will only happen if the government reverses its strategy of attacks of recent years.

The last time electric cars were a thing, the poster boy was Clive Sinclair, an inventor with an idea 30 years ahead of its time. It’s been rusting in the long grass ever since.

Recent years have seen spectacular advances in battery technologies, and corresponding drops in price. Electric vehicles are now a mainstream reality. Elon Musk’s Tesla has lead the way and, after a few years trying to downplay electric vehicles, every car manufacturer in the world is now desperately trying to catch up. It’s cool. Tesla owners include Will-i-am, Shakira, Rihanna, Jay-Z, Snoop Dogg, Will Smith, Akon, Cameron Diaz and Katy Perry. Electric cars have come a long way from a bespectacled engineer from Surrey. 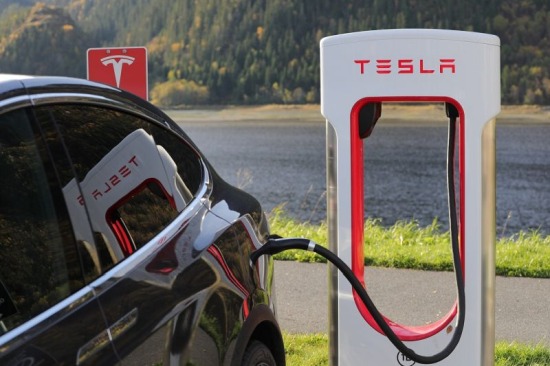 The cost of batteries fell by around 14% per year  between 2007 and 2014. As this trend continues it will become even cheaper to use large amounts of renewables in the grid, reducing the need for power from oil, coal and gas.

11. Speed – change is happening far faster than many politicians realise

The startling thing about all of this is just how fast the switch to clean energy is happening. In the UK coal went from supplying over 40% of UK power to 7% in just 5 years. Renewables beat coal for 315 days  in 2017. As I write, wind power has set a new UK record, at 42% of all UK electricity. Lithium-ion batteries costs have fallen by 73% since 2010, and are projected to fall a further 75% by 2030.

The pace of innovation and deployment of green tech is many times higher than it was even 5 years ago. The combination of green technology, digital and finance working together means regulators and politicians are struggling to keep up.

Throughout history, we see companies caught napping: by the time they realised the changes that were happening, it was too late for Kodak and Blockbuster. Car manufacturers seem to be realising in time, and moving into electric vehicles. But oil companies seem to be trying to deny reality, as do a dwindling number of politicians. But if you’re going to jump horse, you don’t have many opportunities. The world is racing ahead. 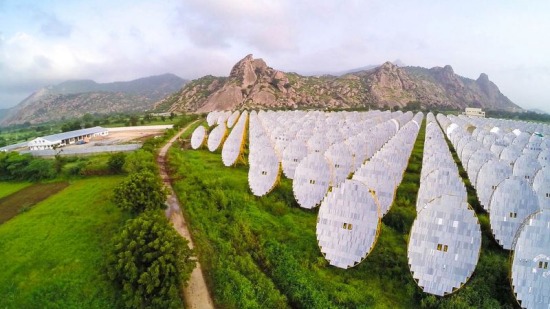 So, if Donald Trump gets you down, remember that on climate change at least, he is going to lose.

There’s momentum, and there’s hope. Anyone who’s doing anything about tackling climate change is on the opposite side to Mr Trump, and will be on the winning side. His breed are the dying-out, fossil-fuel dinosaurs. People working for a better future are the fleet-footed mammals who will take over.

Still, there’s a lot at stake. How fast we act on climate change will mean the difference between life and death for millions of people, and for nature in every part of the planet.

Please do all you can to help stop climate change. One way is to join with our campaigns:

Your actions, together with those of millions of people across the world, can help us make the switch to a cleaner, safer future. Trump or no Trump.

Don’t forget to share your own #reasonsforhope about climate on your social networks.