Manchester has at times the dirtiest, most polluted air in Western Europe and people living in the city could have their lives shortened because of it.

In tests done for Granada Reports, an analyst found pollution levels outside a primary school were three times the maximum limit for airborne toxins. Studies show old-style diesel engines are largely to blame.

Now there are calls for Greater Manchester’s mayor to introduce a type of vehicle charging to combat the problem.

Ashley Derricott has this special report. 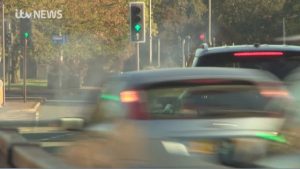