Since its invention, the production of plastic has been growing almost exponentially. Today, 4 percent of the world’s oil goes directly toward its production, with another 4 percent being used to supply the necessary energy to produce plastic.

That alone makes plastic a material that isn’t particularly environmentally friendly. Furthermore, a lot of plastic is used to make disposable products rather than lasting ones. Half of the 300 million tons of plastic produced each year is used only once.

The waste and resources group is currently working on a response to the Government’s consultation regarding the banning of single use plastics. This is open until the 12th February 2022. If you would like to get involved, please contact cat[AT]manchesterfoe.org.uk Female workers sort out plastic bottles for recycling in a factory in Dhaka, Bangladesh 26 October 2016. Plastic not only poses an immense pollution problemit also exacerbates climate change. If plastic production stays on its current trajectory, by 2030, greenhouse gas emissions from plastic could reach 1.34 billion tons per year, equivalent to the emissions produced by 300 new 500MW coal-fired power plants. © Abir Abdullah 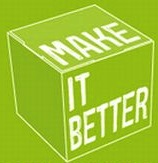 Our campaign on the environmental and social impacts of the products we buy and use.