Could we make a Green New Deal happen here in the world’s first industrial city? Can we do it without making matters worse? 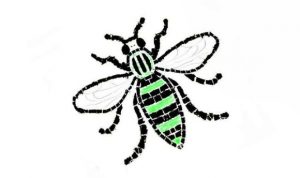 Whatever the result of the General Election, climate change and the actions needed to mitigate it will be major issues. Both the Labour and Green parties, along with many civil society organisations and commentators are promoting the idea of a Green New Deal. In this session we will look at what this could mean for Greater Manchester.

Maybe we will have a more supportive national government, maybe we won’t, but either way we need to look at what we want locally and how we can get it. We have been constructively critical of some aspects of the Green New Deal approach, both from an ecological and an economic perspective, but we also recognise that a bold policy initiative of this sort will be absolutely crucial to staving off the worst of the climate and economic crisis. The challenge is to make them happen and happen in a way that does not make matters worse.

The event will start with some short provocations and this will be followed by structured discussion to make the event as participative as possible. So far we can confirm speakers from GM Labour for a Green New Deal, the Green Party, and Steady State Manchester.