Barclays owns 97% controlling stakes in hydraulic fracking company, Third Energy. Despite overwhelming public opposition, Third Energy has been recently granted permission to start test drilling for shale gas in Ryedale, North Yorkshire. If plans go ahead, this will be the first fracking in the UK for over 5 years. It’s a devastating blow for the local community, but also has implications for us all. 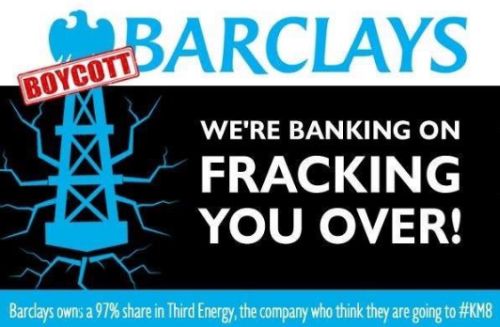 This October 28-29, people from all across the UK will be taking action against Barclays bank because of their support for fracking. Join our Manchester action to demand they #Divest.

Get organising now for some Halloween themed fun to spook those investors!

Not in Manchester on Saturday 29th October?  Find an event near you.