We can stop the Government’s latest fracking offensive

At the beginning of the summer, we kicked fracking out of Lancashire (main picture). But the frackers are back, trying their luck in Yorkshire and elsewhere. And Government is trying to make it even easier for them by allowing fracking in drinking water areas and national parks.

Campaigner Rose Dickinson shares the latest info and ideas on how we can keep the UK frack free.

The landmark vote by Lancashire councillors to reject two fracking applications in the county marked four years of failure of any company to frack in Britain.

Cuadrilla have now appealed this decision, but for now, fracking is on hold in Lancashire.

Over the summer, large new parts of the country were opened up to possible fracking under the 14th licensing round, including whole towns and cities, largely – though not exclusively – in the north of England.

The Government also published new regulations that will, if MPs vote them through in the autumn, allow fracking in drinking water protection zones, and even permit drilling through drinking water aquifers.

Yorkshire in the firing line

The industry now has their eyes on Yorkshire, where Barclays’ owned Third Energy has submitted an application to frack in the small village of Kirby Misperton. This application is for 9 years of fracking production – and the company have announced their plans to expand this to 19 sites in the years ahead. 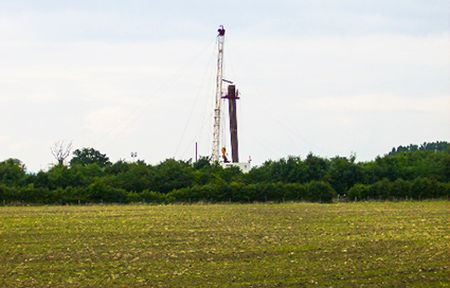 Fracking companies are waiting to see if the Government’s new measures, announced over the summer, will help them overcome the community opposition that greets them wherever they go.

Government pulls out all the stops over the summer

Having been kicked out of the south east and north west of the country, the frackers have realised that they need more than the “most generous tax breaks in the world”, and the secret cabinet committee meetings to get their applications through.

Even the Government’s community bribes haven’t worked – because people know all too well that fracking won’t bring jobs and investment, but instead it poses risks of water contamination, to public health, to the environment and to the climate.

That’s why opposition to fracking is on the rise.

But it’s also why the Government has introduced new measures to bypass local people and local democracy, in an attempt to force fracking on communities, regardless of their wishes.

The Government shifts the goalposts

Over the summer the Government announced new proposals to “fast track” fracking applications through the planning process.

The Government will now consider bypassing local councils, and could instead decide fracking applications from Westminster if it looks as though the decision won’t go the industry’s way.

The goalposts have been shifted despite the fact that, to date, councils have abided by Government rules. In Lancashire, delays were requested by fracking company, Cuadrilla, and agreed with the Council.

Operating under already narrow planning rules, which means councils can’t fully assess all the risks of fracking, councillors will now be under even more pressure to consent fracking applications and decide applications quickly.

What you can do to keep the UK frack free

With so many new areas now threatened by fracking, we need to make sure the green light is not given to fracking anywhere.

First in the firing line is Kirby Misperton and we need to make sure Barclays’ owned Third Energy do not push ahead with their plans to frack.

Please sign our petition to Barclays’ Chairman, telling them to stop trying to frack in North Yorkshire.  [insert petition]

2. Tell your MP to vote against Government plans to allow fracking in drinking water areas

We also need to make sure the Government do not allow companies to frack our drinking water, and risk contamination.

Many of the newly licensed areas for fracking overlie drinking water protection zones. These areas are specially designated to protect our drinking water aquifers, and it is outrageous that the Government is weakening regulation and offering up these places – in addition to sensitive wildlife areas – for possible fracking.

Key to stopping the industry pushing ahead with fracking outside North Yorkshire is breaking down the Government’s all out support for fracking.

You can do this by telling your MP to vote against the Government regulations that would allow fracking in these sensitive sites when they are voted on in the House of Commons this autumn.

After the 14th licensing round, many more communities are now at risk of possible fracking.

We need to build an anti-fracking movement in all these new areas.

To help do this, we have compiled a one stop shop anti-fracking pack.

This combines expertise from across the successful anti fracking movement and has all the information you need about fracking and how to stop it, as well as loads of helpful materials, contacts and resources for you to use.

You can order your pack here, and a downloadable version will be online soon.

Subscribe to this blog by email using Google’s subscription service